Hajj is one of the five pillars of Islam. and an once a year Islamic pilgrimage to Mecca, and obligatory religious Once in a lifetime every Muslim, duty must be carried out at least once in their lifetime by all Muslims who are physically and economically able of undertaking the journey.

“Keep on performing Hajj and Umrah, for they alleviate poverty and sins; just like the bellow removes impurities from iron and silver and gold.”

Being the nucleus of Muslim Ummah –the Holy Kaba holds the most prominent place in every Muslim’s heart. Every Muslim is always ambitious to visit the House of Allah ﷻ, reconnect and feel the strong presence of his Creator through these sacred walls. The fifth pillar of Islam is a beautiful way of worshiping Allah Almighty and expiating sins. The reward of a complete and accepted It is nothing less than paradise in the hereafter and elimination of poverty in this world.

“And accomplish (the ceremonies of) Hajj (Pilgrimage) and ‘Umra (Visitation) for Allah. But if you are prevented (on the way), then (send for slaughter) whatever sacrificial animal is available. And do not shave your heads until the sacrificial animal has reached its place………” 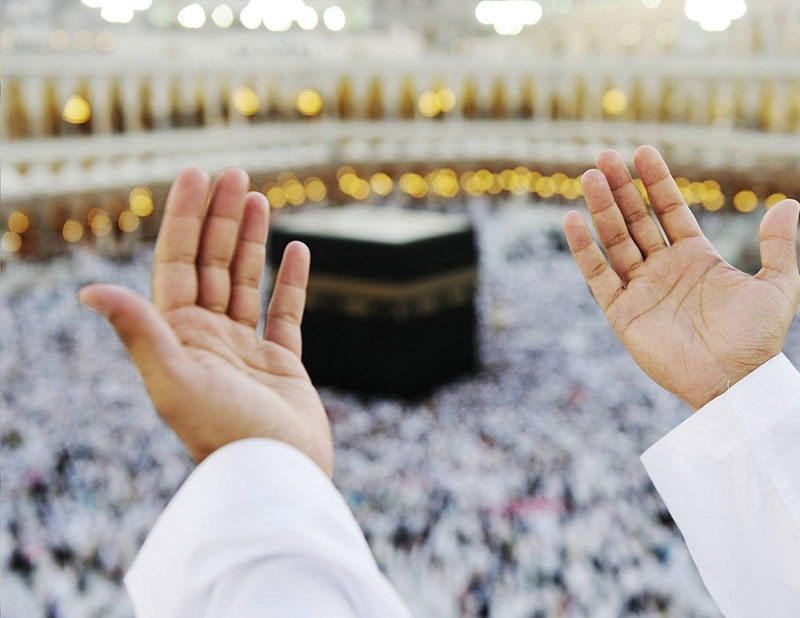 Global Travel & Tours – the most auspicious travel agency in Mississauga, Canada has the privilege and honor of serving the Muslim Ummah across the globe. The company has been established with the core ethics of serving the pilgrims and provides the best travel plans to visit the holy cities of Mecca and Madinah. Happy clientele and satisfied pilgrims are what we strive for.

Global Travel & Tours fulfill the dreams by safely taking you to your destination. We offers the most convenient and pocket friendly services. We make their journey of the lifetime – the most memorable one by providing them the best possible services successful. Having performed your Hajj properly is our aim and objective. We are really thankful to our clients for showing trust in us and helping us achieve the business excellence in offering top quality services.

Contact us for all bookings and queries; we are eager to assist you every step of the way.

Global Travel & Tours, is serving clients worldwide. We are located in Toronto, Ontario. We pride ourselves on furnishing quality service and advice that continue beyond the sale. We are never more than a phone call (or email) away to provide clients with travel assistance at any time, no matter where they may travel on the globe. We are your Travel Consultant before, during, and after the sale; we stand behind what we sell.